If you have been a fan of Nickelodeon and their shows, then you’ve probably heard about the American sitcom iCarly that first aired on September 8, 2007.

iCarly became one of the most popular series in Nickelodeon and has been a part of almost everyone’s childhood.

The show became an instant hit and was even awarded the ‘Kids’ Choice Award for Favorite TV Show’ for three consecutive years from 2009 until 2011.

However, the series ended in November 2012 after five amazing years on television.

Luckily, there’s a wide range of streaming platforms that are accessible anywhere, and you wouldn’t have to worry about  finding where to watch iCarly all over again with your family.

What is iCarly all about?

iCarly is about Carly Shay, a very outgoing teenager who lives with her brother Spencer, while their dad is away for work in the military.

One day, Carly rose into fame when a video of her and her sassy best friend, Sam, were talking about their peers and the video was accidentally posted on the internet.

Since then, Carly created a web show called ‘iCarly’ where they talk about their everyday life at school as the stars of the show.

Where can I watch all seasons of iCarly?

Ever since Nickelodeon had a deal with Paramount Plus (previously CBS All Access), most of their shows will be available on the streaming platform, including iCarly, and some of your favorite Nickelodeon shows.

Their agreement makes Paramount Plus the best source for you and your family to catch all seasons of the original series.

You can watch iCarly on Paramount Plus here. 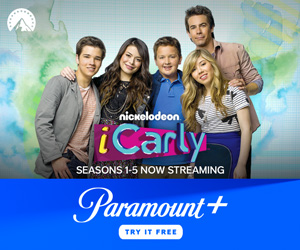 Nickelodeon is a channel that is available on the Hulu Live TV package.

If you subscribe to this higher-priced package you will have access to Nick, along with your favorite shows such as iCarly.

This package can be a little on the pricey side as far as streaming services go, and you have to wait for most shows to “air live” in order to watch them.

Can I Find It on Amazon Prime Video?

iCarly is listed on Prime Video, but you have to sign up for Paramount+ to be able to watch it.

The best deal on Paramount+ is happening right now as they are promoting the new service, so don’t hesitate to start your free trial.

Will there be a reboot of iCarly?

There is an upcoming reboot of the hit series along with the original cast as they return for the show with new episodes and new storylines that are mostly about their lives in their twenties.

The original stars will also be on the show portraying their characters from before, but focusing more on adult life for the upcoming series.

What is the program rating for iCarly?

iCarly is mostly suitable for people who are 12 years old and older since some material may not be suitable for children below 12.

The show involves kissing and some other stuff that most littler kids may find weird.

Are all seasons of iCarly on Netflix?

Although the American sitcom has a total of 6 seasons, only 2 seasons of iCarly are available to watch on Netflix.

Since Nickelodeon and Paramount Plus have a deal together, the chances of catching your favorite Nick shows on other streaming services may or may not be possible in the future. 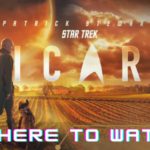 Where to Watch Star Trek Picard? (Plus Your Other Star Trek Favs)

Where to Watch Peppa Pig (Plus Rumors Addressed)